Cinnamon Rolls.  Sticky, gooey, full of sugar and SO DAMN DELICIOUS.  What's not to love? 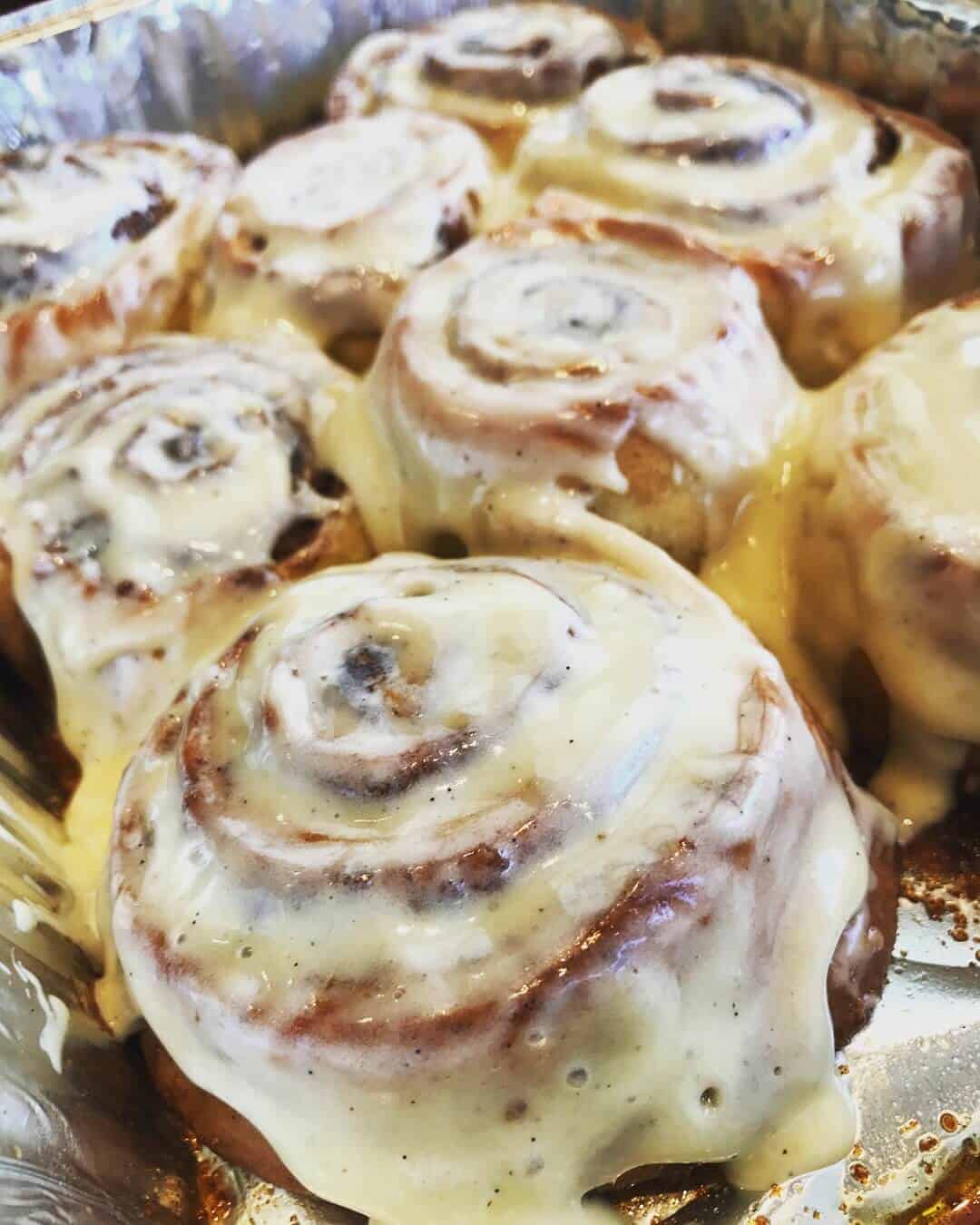 There are some things I miss a lot about living in America.  Amazon delivery (scratch that, Amazon PRIME delivery!!!).  The 100's of restaurants on my doorstep in NYC, bars/restaurants that people are actually still in and, in fact, just arriving at for a night out after 10pm...  At this juncture, my wife would chime in that she misses feeling 'cool'.  Then I typically remind her that we have a toddler now, we are no longer (and may never have been) cool...  I realise this may turn into a long list/rant so I'll cut to the chase.  High up there on this list of things I miss ranks the glorious, carb-fest, sugar-nirvana that is Cinnabon .

Don't get me wrong, I love Brisbane. Truthfully it's only about once a month that I am up past 11pm anyway.  So even if I was still in NYC I probably wouldn't be the party animal I once claimed to be.  Most of all I love the friendliness of Brisbane, everyone is genuinely so nice and it's a truly great place to bring up a kid.  We have done the right thing.  Right anyway, task at hand, trying to recapture some NYC glory - Cinnamon Rolls.  Does anyone else notice I tend to ramble on a little?

First off I have to admit I would be lying if this was completely my own recipe. I found it online sometime ago and when I made them my mind was blown with how good they were.  I edited it VERY slightly and have been making them for a few years now and they are honestly just as good as the Cinnabon ones.  If I could remember where I got the recipe I would give it/them a shout out but I wrote it down so long ago that I can't honestly remember.  So HUGE THANKS!!!

I am yet to find any cinnamon rolls here in Brisbane that rival the glorious sugary cinnamon roll lathered in frosting that is Cinnabon.  One thing I am quite annoyed about was that I only actually discovered them in the last 18 months or so of the 4.5 years I lived in the city!!  AND what made it even worse was the only way to get one (or two) was at Penn station ( I believe it's actually closed now).

Firstly, what you non New Yorkers don't know that this part of town generally sucked. Sorry NYC!  It was so damn busy and was certainly not the kinda place to go on a random short sightseeing wander.  Secondly, whenever we were there, it meant we were off on a mini-break and laden down with the wife's excessive amount of luggage that yours truly donkeyed around while she nursed an americano (long black, Aussies).  You see the issue here - limited Cinnabon carrying capacity versus guzzling it back quickly so we didn't have to carry it and therefore limited enjoyment 🙁

Cinnamon rolls are one of my fav sweet treats.  It's certainly easier to pop into a shop and buy them as they do require time to make between letting the dough rise, some good kneading love and more time to rise....  BUT there honestly isn't anything better than the smell of sugar, cinnamon and butter along with freshly made dough wafting through your home in the morning.  Or hell at anytime of the day.  Let's not forget you can put as much cream cheese frosting on as you like when you make them yourself.  Well as much as your glucose levels can handle!

When I said previously that they take time to make, the actual putting together process is actually very simple & quick.  It's the rising part that takes a while.  You can use this time to have some personal chill time OR like me, pick up the same dozen toys for the 52nd time this week.  Anyways, with a little organization you can make the dough the night before and pop it in the fridge.  Then all you need is about 25 mins in the oven so the actual cook time is pretty quick.  Just enough time to have a shower, a strong cup of coffee and read a story to your loved one - no not your wife unless she is into that sort of thing!

I hope you enjoy the recipe.  TRUST me when you've tried these guys once, you will wanna get on them regularly.  Don't forget to subscribe and follow along @another_food_blogger.

Today we are all about grilled prawns!!  More specifically, grilled prawns & saffron aioli.  Summer has just ended here in Australia, but it's starting to warm up in other countries.  Luckily I can still get hold of fresh prawns and veggies in the market.  Ask me about pork mince, beef mince, chicken breasts, or even...

END_OF_DOCUMENT_TOKEN_TO_BE_REPLACED

This week we are tackling the age-old mission of 'getting veg into your child'.  Anyone else have that problem?  I think what I find most frustrating about it is both my wife and I eat pretty much everything and love eating out and trying new food things.  Our daughter - the COMPLETE opposite.  So, when...

END_OF_DOCUMENT_TOKEN_TO_BE_REPLACED 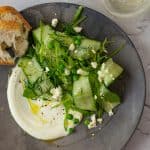 Warm weather and diets require salads! If like me, you overindulged over the Christmas period and promised yourself to be "better" in 2021 then this English pea salad is for you! Eating healthy food doesn't need to be boring, loads of fresh herbs, some citrus zest, creamy greek yoghurt and fresh cucumber makes this salad...